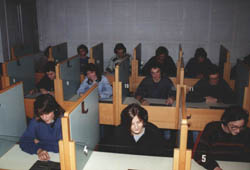 Note on recordings: Most of these tapes were found on dumped language lab machines (student positions). These tapes were not usually removed from the student positions (unless they wore out or broke) but instead were recorded over by successive classes. Therefore, different languages / lesson fragments may appear on the same tape. Brief audio clips are given below. Where possible, the master and student tracks have been placed on left and right channels respectively.

Note on audio files: As with other content on this site, a fair use policy applies. Use may be made of the material provided that the following conditions are met: a) it shall not be distributed or used in any profit-making enterprise; and b) credit must be given to the EclectikTronik Found Tape Archive. The downloading or usage of the material assumes acceptance of these conditions. 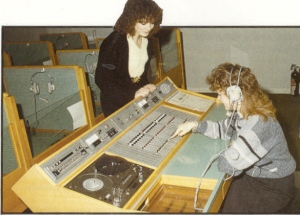 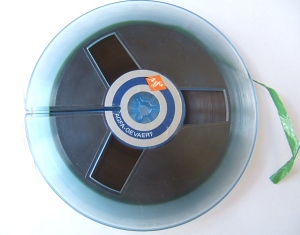 Tape N3: Lab operation demonstrated briefly. Then some notional/functional dialogues in French, as in Tape N2. Date of recordings – 1990.

Tape 5:  Mostly GCSE level French. Lesson is a strange hybrid: content reflects the notional functional approach, yet is taught using a teacher-centric, habit-acquisition audiolingual method. No evidence of later reviewing/replaying/re-recording of work by student. The sounds at the end are decks rewinding and shutting off. Estimated date of recordings: 1989

Tape N7:  French. The whole tape consists of lessons as described in Tape 5, but initially dogged by technical problems  “…There’s too many not working…!” Estimated date of recordings: 1988

Tape N8: French. Part 1:  Individual student-led dictation of what  seems to be fairly typical GCSE notional/functional dialogues, yet used as an exercise in accuracy. Teacher intervenes for correction only, does not lead the session in the traditional sense. Evidence of later student reviewing/re-recording. Estimated date of recording: 1989  Part 2: Long sessions of dialogues and drills, acqusition by habit formation and  ‘écoutez et répétez’.  What few productive skills are in evidence here are very weak. Estimated date of recording: 1978

Tape N9: Part 1: French.  More rigid Q&A exercises based on texts. The next segment has a similar Q&A comprehension exercise but ad-hoc, teacher-led, wholly in English –  as on tapes 8, 11. From there there is some more ad-hoc work on tense shifting from présent to passé composé of irregular verbs, along with some ‘spontaneous translation’ overdubbed on the student track! Estimated date of recordings : 1980.
– 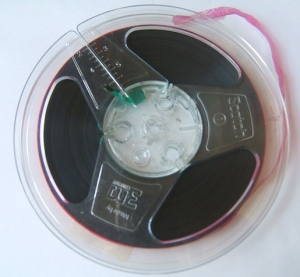 Tape N11:   Side 1: French. “Lean right forward, I’ve put you on record already”. This content mostly shows influence of Audiolingualism, as tape 8. There is also  some much older teaching methodology at work later in the piece – going between first and second languages, reminiscent of the ‘grammar-translation’ teaching approach.  Side 2 : German. Audio-lingual approach,  some rather scary rigid grammar drilling and learning by rote. Estimated date of recordings: 1981.
–

Tape N12: Basic level French (prepositions of place); then a  GCSE level segment ‘starring’ the rather unenthusiastic Roderick, Charles, Simon and Ian (” …See me at the end!”). Description as Tape 5. Estimated date of recordings: 1988.
–

Tape 13. French.  Part1:  More notional/functional material, (‘At the youth hostal’). Ad-hoc and prerecorded. Evidence of student overdubbing/reviewing. Role play here shows the limitations of the ‘communicative approach’ for weaker students! Date of recordings : 1990.
Part 2: “I don’t happen to have a supply of tapes!” The whole side is audiolingual, pretty much the same as tapes 8, 9 and 11. Successive classes appear to use the same material. Some woeful (mis) pronunciation! Finishes with a Music examination. Estimated date of recordings: 1981
– 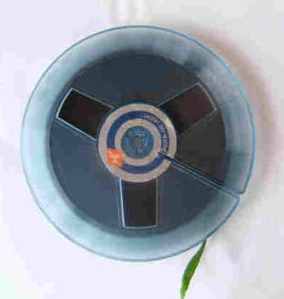 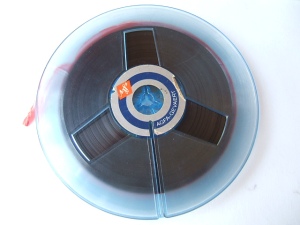 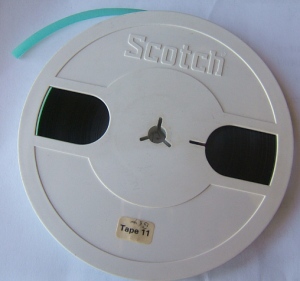 –Tape N18. French. There are numerous lessons sequentially on this tape, probably because of a faulty student recorder which did not rewind. Content as Tape 16 and N17. This tape was once a master tape from a Longman audiolingual course ‘recycled’ into one of the student booths. Date of recordings: late 1990 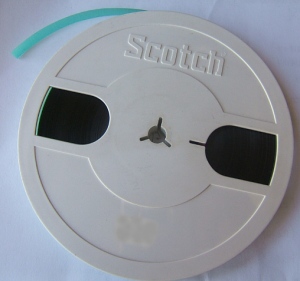 Tape N19:  French. Again, an ad-hoc, teacher-led session. Starts with elementary level functional/notional stuff (restaurant orders). Other recordings on the tape include rather unmotivated student-led dictation (passé composé). This tape was once a master tape from a Longman audiolingual course ‘recycled’ into one of the student booths. Date of recordings: late 1990.
–

Tape OX2: Starts with some operation tips (“…If you press both buttons you record over it“) Then French: some ad-hoc and taped ‘ecoutez et répetez’ with some more woeful pronunciation. Basic level preposition drills  (la tasse est sur la soucoup’) and (briefly) faint taped drills (reflexive verbs) follow. Next segment is basic level conversation practise with a rather mouthy class (….if you’re going to be silly….’ ‘You pregnant’?) as on Tape     . German notional /functional material (student monologues)
–

Tape OX3: French. écoutez et répétez’ audiolingualism. Probably one of the roughest classes ; the lesson descends into a shouting match not helped by some crosstalk and feedback (probably two monitor switches on console depressed at once).
Part 1 “…This is the LAST time you’ll ever come in this language lab!”. Part 2: Crosstalk. Part 3: “…where are we? where are we?'”
–

Tape OX8: “…If anyone fools around…that is all going on your tape”
–

Tape OX9: “…yer record yerself…what are we supposed to say?”

This site uses Akismet to reduce spam. Learn how your comment data is processed.